It is with great sadness that we announce the death of Councillor Tom Lloyd on Saturday 18 April 2020 following a short battle with Leukaemia.

Our sincere condolences go to his wife and children at this very sad time.

Councillor Lloyd was very well respected within the council and the community of Irchester, who he had represented since 2015.  He will be sorely missed and his passing will leave a huge sense of loss to all who knew him.

Councillor Lloyd was elected to the borough council on 7 May 2015 as ward councillor for Irchester with 1066 votes.  During his time as a councillor he sat on many committees and was currently vice-chairman of the partnerships and performance committee.

The flags outside Swanspool House will be flown at half-mast until sunset on the day of Cllr Lloyd’s funeral which will be held at Nene Valley Crematorium at 2pm on 30 April 2020 and which will only be attended by Councillor Lloyd’s immediately family.

“We are extremely saddened at the death of our friend, colleague and fellow councillor, we are a small close knit team here at Wellingborough and we share the sense of loss and sadness of his passing with his immediate family.  Tom was a true gentleman, a man of immense integrity and we will all miss him greatly”. 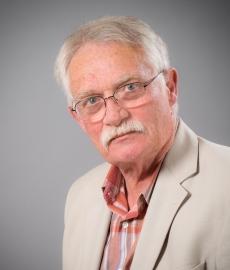