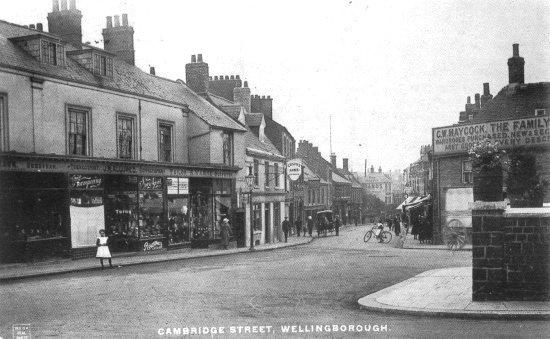 An Article 4 Direction and ASCA are two pieces of Planning Legislation that have been utilised to support the objectives outlined in the Conservation Area Appraisal (2009) and to sustain the work proposed by the Wellingborough Townscape Heritage Initiative.

The incremental loss of historic fabric in the form of inappropriate replacement windows, removal of chimneys and replacement of traditional roofing materials with modern alternatives, was identified in the Town Centre Conservation Area Character Appraisal as having had a degrading effect on the character, appearance and quality of the town centre.

Whilst the Planning Acts already control such material alterations, in the case of typical commercial buildings such as shops, offices, clubs, leisure facilities and flats, the fabric and form of dwelling-houses can be changed in many ways at present without the need for planning permission.  Accordingly, the Council intends to bring dwelling-houses under the same level of control as other types of building in the conservation area by modifying the planning regulations locally. This technical process is known as an Article 4 Direction* and once agreed and in place would mean that home-owners within the designated area would no longer be free to change architectural features and materials without applying for and receiving planning permission.

The proposed Direction would also bring under control extensions, alterations to create hard-standings and alter walling, fencing, etc. on property frontages, the painting or rendering of buildings and the erection of satellite dishes. It should be emphasized that the Council is not seeking to compromise owners' freedom to duly modify and extend their properties, but rather wishes to apply qualitative standards through the planning process to ensure that any changes are sympathetic and serve to reinforce the character and appearance of the conservation area. The Council feels strongly that the promotion of the Wellingborough's historic importance and the conservation of its architectural character in this way will be for the benefit of residents, visitors and future generations alike.

*Adopted at Development Committee on 18th October 2011 with no changes.  A map of the designation is available online. Is your property affected? A list of properties affected and what that means.

An additional issue raised in the Wellingborough Town Centre Conservation Area Character Appraisal was the poor quality of the signage on a number of the shop fronts.  Signage on shops and other business premises is subject to a process known as "Deemed Consent". The Town and Country Planning (Control of Advertisements) Regulations 2007 enables certain "specified classes" of advertisement to be displayed without application to the Planning Authority provided the installation is within certain parameters. However, where a higher level of control is deemed appropriate in a sensitive environment such as the present conservation area, Councils may designate an "Area of Special Control of Advertisements" (ASCA) which imposes stricter or more limited parameters for the display of deemed consent advertisements.

Designation of an ASCA covering the town's main shopping streets allows greater control over the size of signs, the height of advertisements on facades, illumination, the proportion of a shop frontage given over to advertisements, poster hoardings around construction sites and advertisements on telephone kiosks and captive balloons. It is felt that this additional tool will contribute significantly to the Council's ability to achieve the primary objective of regenerating the town centre through the upgrading and reinforcing of its character and appearance.

In 2013 the Secretary of State approved a Area of Special Control of Advertising for parts of Wellingborough Town Centre, including the following streets:

This is based on the area designated by the Townscape Heritage Initiative, with minor exceptions, as shown on the plan.