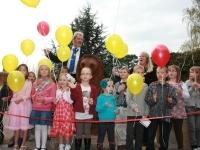 The new play area was officially opened on Saturday 2nd April 2011 by the Mayor of Wellingborough Councillor Lora Lawman.  Competition winners joined the Mayor for a balloon release to mark the opening. 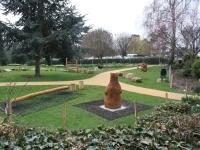 The play area is aimed at the under 7s and features play equipment and sculptures to mark the Zoo heritage of the site.

Local children were invited to enter an art competition to design some of the engravings which feature on stone boulders and stepping stones throughout the play area. 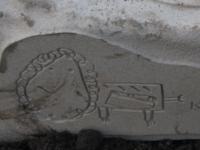 The Public Realm Strategyadopted by the Borough Council in July 2009, identifies Croyland Gardens as an area for Public Realm improvement.  The first phase, to create a zone of play with a new play space, is based on a Zoo theme to celebrate the site's heritage and expand upon the existing sensory landscape and natural setting.